Listen and learn about the latest technological advancement today as the leading hardware and software IT brands discuss on how new technology can further help in improving business efficiency, student and office productivity.

PLUS: Product Presentation of Oppo, Huawei and Vivo!

The Battle for Bataan Gaming Tournament will feature champions from past PC Express GAMEX events held at Metro Manila and South Luzon. As PC Express expands its reach to the northern part of Luzon, we aim to equip gamers from the “North” and compete for supremacy in competitive PC games such as Tekken 7, Dragon Ball Fighter Z, and Counter Strike Global Offensive (CSGO). These tournaments will highlight the best technology used in the PC gaming industry incorporated in the PCX Gaming Desktop line up.

1. Must be registered either via online or on site.

3. Best of 3 all matches except for the Grand Finals which is Raise to 5.

4. Players must possess a good level of sportsmanship, no profound, cursing or so-called trash talking shall happen within the said tournament, and or on any thread via any social media platforms that PC Express is related.

7. Failure to acknowledge of being present when called 3 times will be considered “bye”

8. Damage to any Equipment’s and products done intentionally will be charged accordingly to the one inflicted such damage.

9. No plugging in any USB or anything other than controllers to any of the computers in the said tournament.

1. Must be registered either via online or on site.

2. This will be a 3 versus 3 matches, a team must consist of at least 3 members.

3. Qualifiers will be on the first day of the event, the maximum number teams will be 16.

5. Players must possess a good level of sportsmanship, no profound, cursing or so-called trash talking shall happen within the said tournament, and or on any thread via any social media platforms that PC Express is related.

6. Using of personal Mouse and Keyboards are NOT allowed, the provided will be the one that the players will only use.

8. You can set the settings via the menu settings only.

9. No plugging in any USB or anything other than controllers to any of the computers in the said tournament.

10. Damage to any Equipment’s and products done intentionally will be charged accordingly to the one inflicted such damage.

11. Failure to acknowledge of being present when called 3 times will be considered “bye”

13. In an instance of Power failure or crashing of games, or to any uncontrollable reasons, the player must raise his hand immediately and state the problem to the marshal, so he can pause the game immediately, however the game continues and will not be restarted.

1. Qualifiers will be a best of 3 matches only and the Maximum number of rounds will be 5 set.

2. Semi-finals will be a best of 3 matches only and the Maximum number of rounds will be set 15.

3. The Finals will be a full on competitive match that is best of 3 matches also but the maximum number of rounds will be set 30.

4. Before each match starts the two teams that will be competing will be asked to pick between these of 2 maps
a. De_dust2
b. De_mirage

5. The winner in the finals will receive the Grand prize, and the runner up will get the lower prize.

1. Contests are open to individuals who are thirteen (13) years of age or older on the date they register for a Contest and are legal residents of the respective Eligibility Areas that the Contests are associated with.

2. Players must be able to provide proof of eligibility.

6. Contest Organizers may order a Game or Match restart due to exceptional circumstances, such as if a bug significantly affects a Player’s ability to play or a Game or Match is unable to finish.

7. Stalling, or excessively delaying the Game or Match, may result in a Game or Match forfeit at the discretion of Contest Organizers.

8. PC Express the organizers will have full control of the said event, and the event rules and mechanics can be altered by the organizers only (PC Express) at any time of the competition.

9. Upon Registering the players have read and accepted to follow the rules and regulations addressed upon by PC Express and anyone Employed at PC Express.

10. Anything resulting in a conflict must be addressed outside the event area or anywhere close to PC Express’ domain, and PC Express is not liable in anyway possible if there are damages occurred in said conflicts.

1. All Players are expected to exhibit good sportsmanship and maintain respect for one another and for all Contest staff and spectators.

2. Players must follow all instructions of the Contest Organizers.

3. Players are expected to play at their best always within the Contest and to avoid any behavior inconsistent with the principles of good sportsmanship, honesty, or fair play. Any Player behaving inappropriately, or not competing in compliance with these Rules including Gameplay Rules, as determined by the Contest Organizers in their sole discretion, may be immediately disqualified from the Contest and forfeit all potential prizes.

4. Behaviors that is inappropriate and in violation of the Code of Conduct includes, but is not limited to, the following:

– Acting in an unsportsmanlike or disruptive manner, or with the intent to disrupt or undermine the legitimate operation of the Contest or to annoy, abuse, threaten or harass any other person;

– Engaging in collusion (e.g., any agreement between two [2] or more Players or to pre- determine the outcome of a Game or Match);

– Cheating of any sort through any means;

– Intentionally delaying or slowing gameplay or tampering with gameplay in any other known or unknown manner;

– Sexism, ageism, racism or any other form of prejudice or bigotry;

– Engaging in violence or any activity which is deemed in the judgment of the Contest Organizers to be immoral, unethical, disgraceful, or contrary to common standards of decency;

– Engaging in any activity that is illegal in the jurisdiction where the affected Player is located;

– Making any modification to the Games and Event that has not been disclosed to and authorized by the Contest Organizers;

– Intentionally using any in-game bugs or so-called “hacks” to seek an advantage;

– Using any language or wearing any ing or apparel that is obscene, foul, vulgar, insulting, threatening, abusive, libelous, slanderous, defamatory or otherwise offensive or objectionable, or promotes or incites hatred or discriminatory conduct;

– Using any Contest facilities, services or equipment provided or made available by the Contest Organizers to post, transmit, disseminate or otherwise make available any communications prohibited by this Code of Conduct;

– Taking any action or performing any gesture directed at an opposing Player, official or spectator, or inciting any other individuals to do the same, which is insulting, mocking, disruptive or unsportsmanlike;

– Touching or otherwise interfering with lights, cameras or another studio equipment;

– Engaging in any other type of behavior or conduct deemed inappropriate by the Contest Organizers in their sole discretion; or otherwise violating these Official Rules.

– Any Player who violates the Code of Conduct may be disqualified, and the Contest Organizers reserves the right to seek damages and other remedies from any such Player fully permitted by law.

CAUTION: ANY DELIBERATE ATTEMPT TO DAMAGE ANY WEBSITE OR EQUIPMENT USED IN CONNECTION WITH THE CONTEST OR, TAMPER WITH THE TITLE GAME OR THE CONTEST FORMAT, OR OTHERWISE UNDERMINE THE LEGITIMATE OPERATION OF THE A CONTEST MAY BE A VIOLATION OF CRIMINAL AND CIVIL LAWS, AND SHOULD SUCH AN ATTEMPT BE MADE, THE CONTEST ORGANIZERS RESERVE THE RIGHT TO COOPERATE IN THE PROSECUTION OF ANY SUCH PLAYER(S) AND TO PURSUE ALL REMEDIES AVAILABLE TO THEM TO THE FULLEST EXTENT PERMITTED IN EQUITY OR UNDER THE LAW.

Free play for all booths! 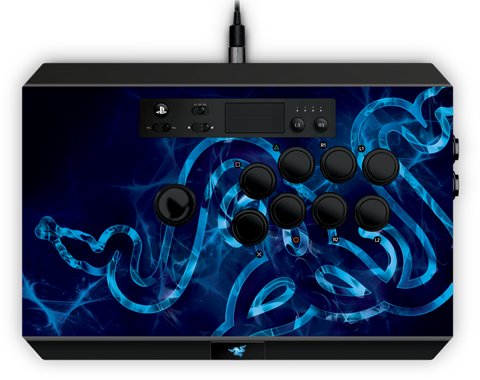 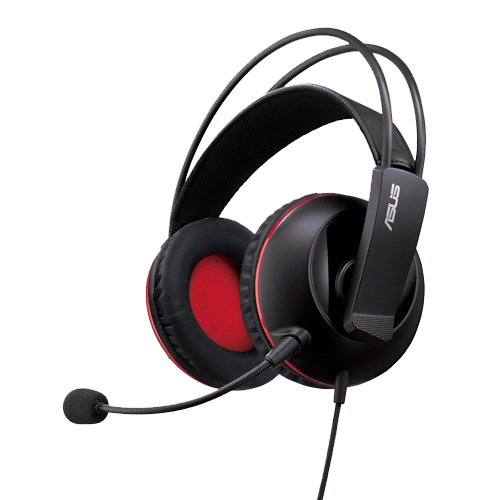 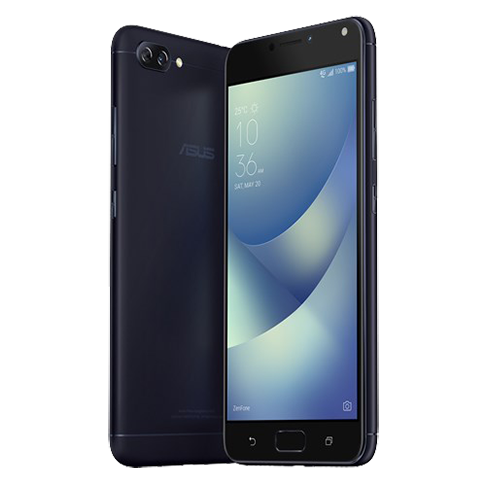 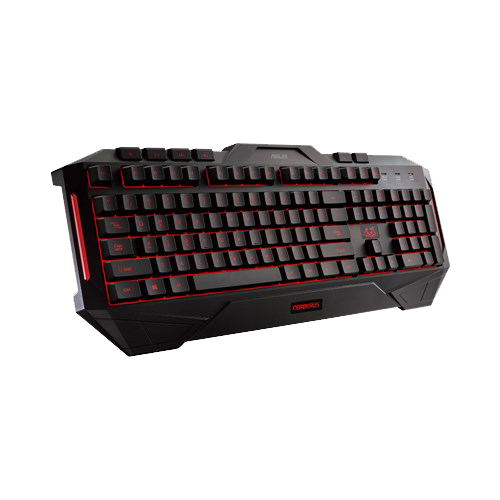 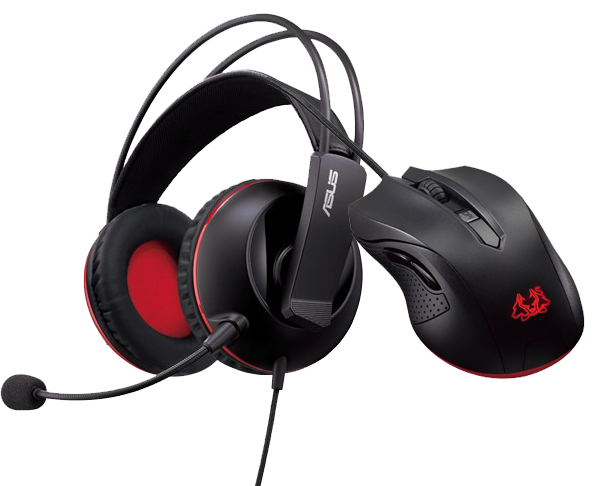 Get a chance to win exciting instant and raffle prizes when you finish the technology race by going through each and every exhibitor challenge available! Be educated in the new technological updates available in the IT industry today.

1. Every Php3,000.00 purchase of any product from PC Express during the Tech Revolution event at Vista Mall, Bataan on June 15 – 17, 2018, customers earns a chance to win in the exclusive 3-day Tech Revolution” raffle.
2. Present the receipt at the registration area located at the event grounds and claim your raffle tickets.
3. Prizes up for grabs are the following:
a. Dlink IP Camera – 4 winners
b. Dlink Range Extender – 1 winner
c. Gamdias Gaming Keyboard – 2 winners
d. Gamdias Gaming Mouse – 2 winners
e. Intel Messenger Bag – 2 winners
4. Draw of winners will happen at 6pm on June 17, 2018.

1. Get 10% off on your laptop purchase base on regular SRP.
2. Not applicable for credit card installment purchases.
3. Discount cannot be used in conjunction with any other discount promotion.

Cosplay Fans are invited to participate and join the Cosplay Competition either as an entry or just strut their stuff around and have their beautiful action poses taken with the different flagship products of the latest mobile phone brands in the country. Prizes up for grabs for the best in costume and role play or a souvenir photo for those who wants to take their picture taken as a cosplayer in our transformation photo studio (costumes available for use).

3 winners of best in costume will take home a brand new smartphone!

Participants must come up on stage and do a character portrayal during the contest.

Restrictions:
As Vista Mall is a family oriented mall, please refrain from portraying “scantily clad characters” or wearing sexy revealing costumes. Organizers have the right to prohibit the participant from donning the said costumes or to disqualify the participant’s entry.

1. Wear one of our costumes and take a selfie or groufie in our Cosplay Photo wall.
2. Upload and share your picture in your social media pages (Facebook or Instagram) with the hashtag #PCExpress_TechRevolution_Bataan.
3. One winner will be drawn as the winner of a new smartphone. 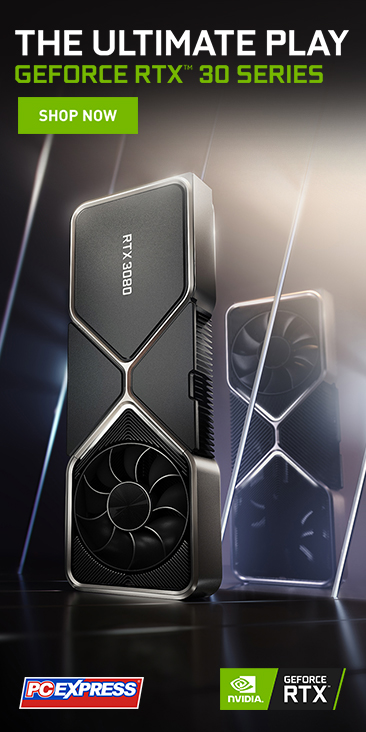